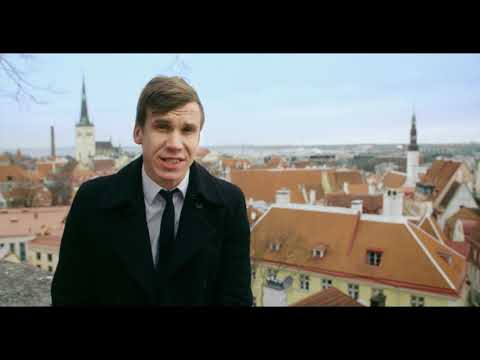 Saku Cup 2022 is an international youth football tournament, which is held in October at Saku and Aruküla, Estonia.

In all the age groups up to 70 teams are invited to take part in the tournament with clubs from Estonia, Finland, Russia, Latvia, Lithuania, Belarus, Poland and elsewhere expected to participate.

Saku Cup is one of the two annual tournaments organised in cooperation with local football club Saku Sporting, the second tournament will be held in autumn and called Saku Spring. Saku Sporting was founded in 2005 and has now over 300 youth players in their training groups.

Saku Cup was held for the first time in 2016, but tournament organizers have many years of experience running tournaments like Hillar Otto Memorial and Tartu Santos Cup in Tartu as well as Tallinn and Saaremaa Cup in the last decade.

The organisers’ objective is to offer all the participants an enjoyable, memorable football experience!

After the registration of the team our team will contact you within 24 hours and will provide all the important details about arrangements and help you thru the process of getting ready for Saku Cup.

About 3-4 weeks before the tournament you will get the schedules of the tournament and also a individually designed bus schedule  which will help you team travel during the tournament starting from the port until the Sunday when we will take you team back to port/airport.

With bus schedule your team will also get scheduled meal times, which are set according to your team games.

Friday
We will meet and greet your team at the port/airport from where our buses will take your team to a hotel. After check-in the dinner is served upon your requested time.

For extra, it is possible to arrange a lunch on Friday for teams arriving earlier.
Upon request we can also arrange different leisure activities (e.g cinema, guided tours etc.)

Tournament will start around 9-10 am and end around 8-9 pm. Before the first match a breakfast is eaten at the hotel.
Bus schedule is designed so that your team will be taken from hotel to stadium abou 45-60 minutes before the first game.

Day is divided into morning and evening session, which means that team will have either 1 or 2 games in the morning or in the evening.

Depending on schedule a team is taken back to hotel for lunch.

Sunday will start around 9 am. and teams will play 2 games. All the transportation is arranged as on previous day and tournament final is around 15 pm.  Lunch is served for team at agreed time and team is transported back to airport/port.
Late check-outs from hotel are possible.

I FIFA Laws of the Game

II Size of the team and duration of the match

III Use of older players in the tournament

In age group for 11v11  it is allowed to use  up to 3 older players in one team, who have been born later than 1 August the prior year.

In age groups for 9v9 and 7v7  it is allowed to use  up to 2 older players in one team, who have been born later than 1 August the prior year.

In age groups for 5v5  it is allowed to 1 older player in one team, who have been born later than 1 August the prior year.

During the youth football tournament Saku Cup 2022, it is not allowed for the players to play in more than one age group. If this rule is ignored, the player will be disqualified from the tournament and the game of the violating team will be cancelled. The result -/+ will be noted in the tournament chart and this means that the other team has won.

NB! Tournament organizers reserve the right to make changes in the time schedules during the tournament!

If some teams get equal scores in subgroups, the final ranking will be decided according to:

During the playoff and final match, if the match ends with a draw after the end of match time, the teams have to start shooting penalties immediately. There will be no extra time during the tournament matches.

The number of penalties in each age group:

The protest must be submitted in writing by a team representative (a person who has been designated on the registration form as team leader) no later than 30 minutes after the end of the protested match.
A general protest against the whole opposing team is not acceptable.
Protest against the yellow or red card or against the removal of player from the field after the referee has showed two cards, is only allowed if referee made a mistake against the corresponding player.
Protest processing fee is 75 EUR. This amount will be refunded if the protest is successful.

The possible disagreements and protests will be solved by a three-member jury. The jury includes the head referee and two head organizers of the tournament.
NB! Jury’s final decision cannot be appealed!

All the referees are accepted by the Estonian Football Association or the head referee of the tournament.

Teams in age groups  2007-2014 having won the first, second and third place will be awarded with trophies and medals.

No places are played out in age groups 2015-2016. All the players are awarded with medals.

A player removed from the field will be disqualified for the next match held Saku Cup 2022 tournament.
NB! The referee, who serves the match, has the right to demand harsher punishment for the disqualified player. The referee must submit a written application to the tournament head referee, who makes the final decision. The decision of the head referee is final and cannot be appealed.
The decision will be notified to the team representative specified on the registration form.

For the recognition of fair play it is recommended that players shake hands with the opposing players and referee right after the line-up (before the match starts) and after the final whistle.

By participation in Saku Cup 2022 football tournament, the team confirms being aware of all the rules of the tournament.

All the balls used during the Saku Cup 2022 have a marking “FIFA APPROVED” or “FIFA INSPECTED”.

XVIII Registration of the team

XIX Start of the match and its accompanying rules

The team has to be on the match field 5 minutes before the match starts.
If the uniforms of both teams are in the same colour, the team who has been listed as the second team has to change shirts or wear vests.
Vests are guaranteed by the tournament organizer.

The jury of the tournament has right to make changes in match times and locations, if it is necessary and an inevitable event requires it!

NB! Tournament organizers are not responsible for the event of theft during the tournament! 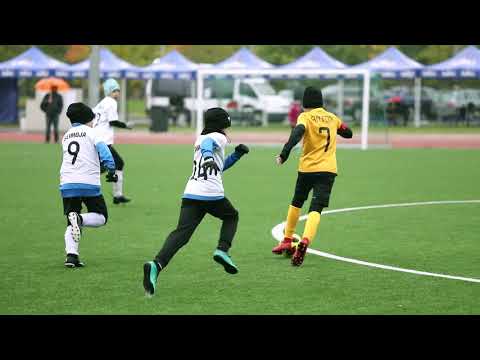